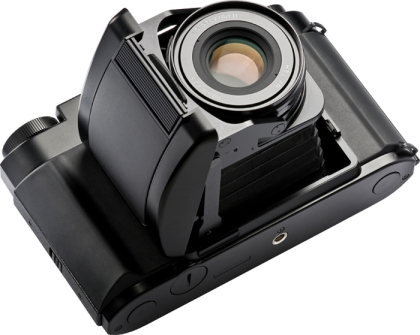 It has long been only a prototype. We first heard about at last year’s PMA trade show and were able to see a wooden version of it at Photokina in September 2008. But now, it’s official. Fujifilm is weeks away from releasing its GF670 Professional medium format film camera. Here is our full article about it.

Outside of Japan, the camera should be released under the Voigtlander Bessa III 667 name, which Cosina will distribute.

(via 1854, the blog of the British Journal of Photography.)