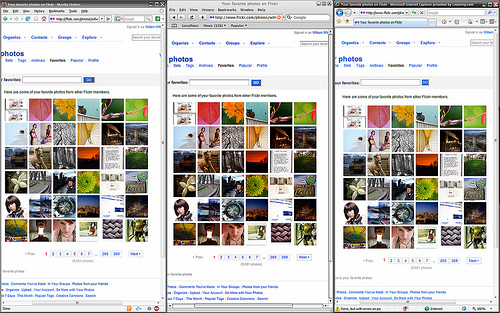 This little experiment was inspired by a photo posted from _Neverletmego_, in which she highlighted the differences in color space between Firefox and Safari on the Macintosh. I was inclined to carry out a similar experiment with three Windows browsers, Safari, Internet Explorer 7, and Firefox. Not surprisingly, Safari has richer and more saturated color (same as on the Mac).

P.S. I’m curious to see how this screenshot looks to users with other browsers than those tested above. =)