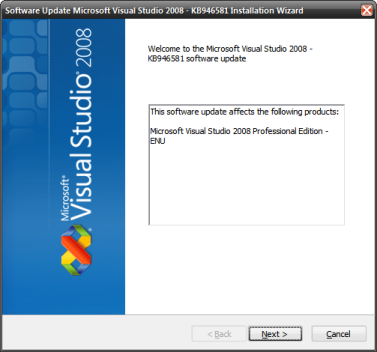 In regard to my previous post, Visual Studio 2008 Is Pretty Damn Slow, a couple engineers from Microsoft have contacted me to let me know that a hotfix has been made public which should address the performance issues I mentioned in that previous post.

The blog entry regarding this hotfix can be found here:
Downloadable Hotfix: Performance and Editor fixes for Microsoft Visual Studio 2008 and Visual Web Developer Express 2008

Quote from the MSDN blog linked above (Downloadable Hotfix…):

Issues that are fixed:

We have fixed several bugs in this hotfix. All bug fixes are listed below.